In November, 1886, the Board received a petition from the residents of the district asking for the establishment of the school. There were twenty of school age and ten under school age at Whananaki and of this number only three were receiving education, the nearest school being nine miles distant. The names of the families on the petition were Ayton, Clark, Cox, Boswell, Galbraith, Hamilton, Johnson, King, Murray, Nankivell, Peters and Stirling.

In a letter to the board dated 11 March 1887, the Chairman of the Otonga School Committee strongly supported the application and stated that since the original petition, more families had come to the district and an even larger number of children were requiring education facilities. It was not possible for a school building to be erected at the time and the first school was held in a room in a cottage in the township. This room was 22ft by 12ft and considerable alterations were undertaken by the settlers. By August 1887 an Education Board representative was able to write, “I have visited Whananaki and beg to report as follows”

The settlers offer the use of a room, 22ft by 12ft in a cottage in which to hold school. This will be granted free of rent for twelve months from the opening of the school. They will build a porch and affect such alteration as will render the building suitable for school purposes: they are also prepared if required to build a sleeping room for the teachers who could obtain board, and probably lodging with one of the settlers. The children live within easy distance of the cottage; those living on the mill side would have to cross a tidal creek in a boat. The majority of the parents are freeholders as special settlers, some of these work at the saw mill. The settlers will proceed to the election of a school committee as soon as possible. It is probable that a school site could be obtained from the Government out of the Whananaki Fishing Reserve. I recommend that the offer of the settlers, of the use of the building above mentioned be accepted, that the usual school furniture be supplied, and that a male teacher be sent to open school as soon as possible.There is one objection to the position which should be stated: it is near a slaughter yard. I am told that the greatest care will be taken to prevent anything offensive arising from this area, as there is no other building available. I do not think the education of the children should be longer delayed on that account.

On the 24th September 1887, the first committee of the school was elected and Mr G Johnson, who was one of the prime movers in the application for the establishment of the school, was the first chairman of the committee. The room had been rented for only twelve months and at the end of that period, the owner informed the board that he wanted to sell the building. The Board persuaded him to delay this action until such a time as a school building could be erected and on 21st June 1889 tenders were called. Of the nine received, that of Mr A Robb, at 258 pounds, was accepted. The school was built on the Fishing Reserve and included an area of some 3 acres of that reserve.

The building was completed in September of the same year and comprised a combined school and teacher’s residence. There was a classroom 20ft by 30ft with a cloakroom and three rooms for the teacher. The residence and the school were later separated and an additional room added. The early school masters were kept in trim by rowing a boat back and forwards across the estuary. This was necessary to transport many of the children on the south side of the estuary to school. Many years later a footbridge was erected and this eliminated the need for the rowing. In those early days, teachers in localities such as Whananaki faced almost complete isolation, as did pupils. Shortly after the end of World War Two a modern two roomed school was built on land to the east of the old school. Whananaki was moving with the times! Roll numbers fluctuated, with an average of 40-45 pupils, although at one stage more than 80 attended the school. Land in the area was being developed, money was coming into the district and the school gained valuable equipment with the help of far sighted teachers and committee members. 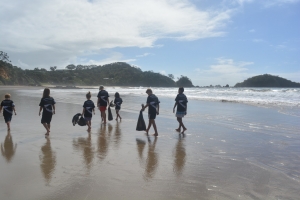 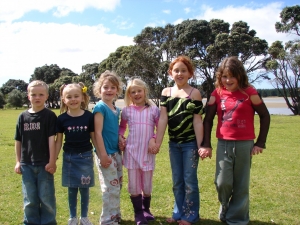 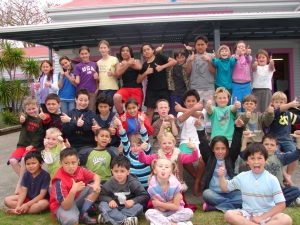 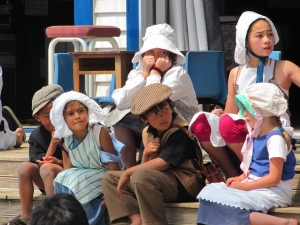 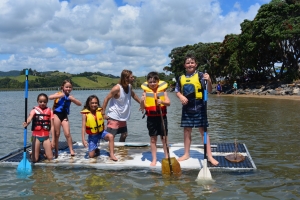