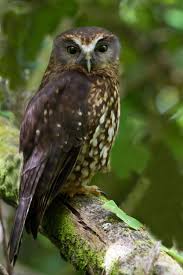 A Morepork is a native bird in NZ.

The Morepork is a Tasmanian spotted owl and it’s small and brown. It has two huge yellow eyes. They weigh about 175g and they are 29cm tall. Morepork like to live in burrows, hollow trees, clumps, perching plants, rocks, roots, bushes and native exotic forest. They mostly live in the South Island but you can hear a lot of them in the North Island too.
They lay their egg between October and December. It will take 20 to 30 days for the egg to incubate. They can lay 3 eggs but generally 2. They lay them in burrows, clumps, hollow trees and perching plants.

The Morepork can turn their head 270 degrees. The female morepork is a  larger bird than the male.

About the Author: Kellan Henry - Hawira

Kia ora my name Kellan Bronson Hekenui Kayne Henry-Hawira and I am nine years old. I was born in Aussie and now I live in Whananaki. I was born on 2009 October the fifth. My parent’s names are Gerard Henry and my mother’s name is Tasha Awhina-Hawira. What I like doing is going surfing, playing games and swimming at the Pools. What I don’t like doing is doing dishes, going into town and not being allowed to play games. Well you know how I said I don’t like going into town to go swimming it’s not me I get forced to because I will be home alone otherwise. My favourite food is KFC Jimmy Jacks and the Sushi shop. We go to these places a lot of times basically. When I grow up I want to be in the army or I might just be a rapper. Well, that’s all I have to say today guys so see you guys another day.