Invercargill is the southernmost city in New Zealand and it is the largest city in Southland. Its Maori name is Waihopai.

There are many things to do there. You can go shopping in the malls to eat in restaurants and meet up with friends. Invercargill has the Transport Museum which is said to be the worlds largest car museum. It has many classic cars and large tractors.

Invercargill is the southernmost city in the Commonwealth of nations. Invercargill is situated on the fertile and alluvial southland plains which are amongst some of New Zealand’s most fertile farmland.

Invercargill is New Zealand’s second windiest city after Wellington and has a population of 51,200. 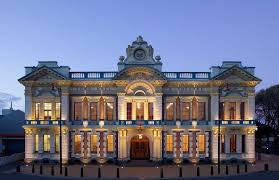 About the Author: Vance L

Hi, my name is Vance Bradford Lines and I am 9 years old. I live on a mountain called Onekainga I was born on June 3rd 2010. I ride a scooter and have a buddy named Kyrin who rides a scooter as well. I also do BMX. My favourite foods are sushi, tacos and other Mexican food. I have a brother named Zane a sister named Indigo my Mum is named Jill and my Dad is named Bill. I have three pets one of them is Bud Bud and he is 17 in human years. Gromit is 9 but is turning 10 in August. And finally, Nugget who is 6 years old in human years. And now my two Budgies one of them is named Bluey who is I think 2. And the other Budgie is named William Walter Wyatt Wilbur Weasley. I want to be a professional scooter rider when I grow up because scootering is fun. And that is all the information you need from me today so GOODBYE!!.