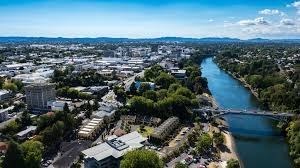 There are many fun things to do in Hamilton like going shopping in malls, seeing waterfalls, seeing the top 9 water parks in New Zealand and visiting museums full of interesting things.

The Waikato River runs up for 16 km through the city centre of Hamilton and Hamilton’s is a West and East suburbs. Hamilton is the home to 145 parks, gardens and 63 sports area. The city has more than 1,000 hectares of open space.

Did you know? The National Agricultural Fieldays (the largest agricultural trade show in the  Southern Hemisphere) is held just outside Hamilton at Mystery Creek

About the Author: MaryJane C

Kia ora my name is MaryJane Pirini Crawford and I just turned ten on July 4th in 2019. I’m really from Kaikohe but I call Whananaki my other home. I have 10 siblings and including me, that makes my parents have 11 children added all up. Their names are Emily and Sidney Pirini Crawford. I’m the kind of girl that likes KFC which means Kentucky Fried Chicken. I also like playing with my friends whose names are Atawhai, Kellan, Wayne, Jazzy, Tiana and also Grace W. I dislike broccoli because it is just yuk and they look like little trees. I have two pets, One’s a dog and one’s a cat. I adore them to bits when I get home from school or I’m in a good mood from my holiday and also if I am very happy. In my free time, I go down on the farm on my Motorbike and go riding with our friend Aaron and Coral with their KTM’s. When I grow up I want to work at the Apple Store because if you work really hard you might get a free IPhone.