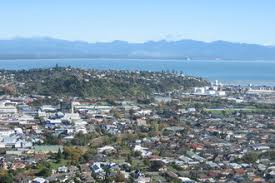 Nelson is a city that is relatively small and has a population of 51,900

residents. The region it is in is also called Nelson. It’s Maori name is Whakatu which means build, raise or establish.

This city is located on the eastern shores of Tasman Bay. Nelson is the oldest city in the South Island and the second oldest in New Zealand.

There are many things that you can do in Nelson like going to the Heritage Park, Skywire, Shopping, Horse treks, Farms, Nature Park tours, Museums or walking tours around Nelson.

Nelson is also known as sunny Nelson due to its high sunshine hours per year or the top of the south because of its geographic location.

The city is named after Horatio Nelson’s famous for his victory at the battle of Trafalgar. Many street’s and public places in the city are named after the battle.

About the Author: atawhai w

Kia ora my name is Atawhai Walters Herewini Waipuri. I live in two houses. One is in Hikurangi and the other one is in Whananaki. I am ten years old and my birthday is May the 31st 2009. My mum's name is Helen Herewini and my dad's name is Shaun Waipuri. I have a lot of brothers and sisters one of my brothers and sisters name is Geovane and Charlotte Waipuri. My favourite food is Sushi and my favourite Restaurant is Jimmy Jacks. My favourite thing to do is play with the dogs and sometimes the cat. The dogs' names are Lily and Tutu. And the cat’s name is Piko. My favourite hobbies to do at school are writing, Reading Plus, and buddy reading. I like doing other stuff like that with my friends. When I grow up I want to be a famous Basketball player or a teacher.