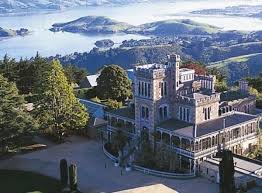 Dunedin is the second-largest cities in the South Island of New Zealand with a population of 122000.

In  Dunedin, you can do a lot of things like mountain trips, biking trips, train rides and even Museum trips. You could even go on a wildlife tour pretty cool.

Dunedin’s name comes from D’un Eideann the Scottish Gaelic name for Edinburgh the Capital Of Scotland.

Here are some facts about Dunedin. Dunedin’s top attraction is Alannah castle which is New Zealand’s only

Castle. It was built in the late 19th-century by a wealthy banker William Larnach who made his fortune during Otago’s gold rush year. Dunedin is home to Baldwin Street which, according to the Guinness Book of Records, is the steepest street in the world.

Dunedin is an interesting city to visit.

About the Author: Harper A

Hi my name is Harper Royce Anderson and I am 10 years old, I live in Whangarei with my Mum and little Brother. My Mum’s name is Holly and my brother’s name is Halo. I was born on the 21st of April 2009. And I really like hanging out with my mum either watching a movie or telling really funny jokes. The foods that absolutely disgust me! are cucumbers tomatoes and sadly carrot cake but the foods that I love so much are mashed potatoes apples, fridge cake (that my nan makes) sushi and roasted eel YUM! My hobbies are collecting Pokemon cards, watching scary Five Nights at Freddy’s movies, practising drawing and playing Minecraft. When I grow up I would love to be an animator so that I can make animations or even make cartoons